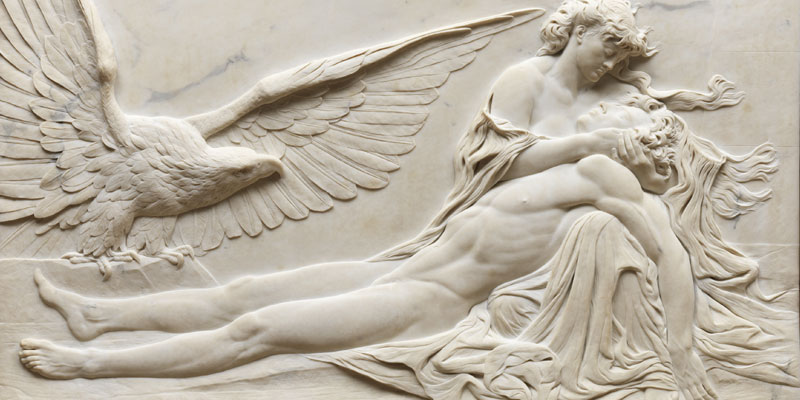 Sculpture has offered a privileged site for the articulation of sexual experience and the formation of sexual knowledge. As historical objects, sculptures also draw attention to the different ways in which knowledge about sexuality is facilitated through an engagement with the past. Bringing together contributors from across disciplines, including art history, classics, film studies, gender studies, history, literary studies, museum studies, queer theory and reception studies, the volume presents original readings of sculptural art in relation to antiquarianism, aesthetics, collecting cultures, censorship and obscenity, psychoanalysis, sexology, and the experience and regulation of museum spaces.

While this display makes sense in terms of rich and complex interconnections between works commissioned or collected by the royal court, has the power that this remarkable sculpture still has for the viewer been sacrificed to the narrative of the display? Another set of juxtapositions involving sculpture is seen in a display bringing together eighteenth-century portraits in many media. Here the display does not attempt to suggest contemporary viewing conditions but nonetheless makes visible the diversity of portraiture so characteristic of eighteenth-century British culture, thus suggesting a wider cultural context for the ivory portrait relief and the portrait bust.

Here sculpture is neither shown separately from other classes of object or image nor simply placed alongside other types of work from as an illustration of a shared period style. On the other hand, the displays take account of the need to view sculpture in a way that assumes a complex interaction between sculpture and viewer.

Put in another way, these displays confront the dilemma of displaying sculptures made for a now distant function and context in a gallery setting associated with the viewing of autonomous works of art. Central to these displays in rooms which vary greatly in size is an attempt to use spaces to suggest but not replicate earlier contexts.

The largest space with the sequence thus moves from a secular, court-like setting including fountain and free standing sculpture by Giambologna among other sculptors to an area with works which have more ecclesiastical associations and functions. Then the viewer is encouraged to move into a section of the gallery, with lower light levels, with altarpieces gathered together as a genre and from there proceed to a more obviously church-like interior, culminating in the re-contextualised apse of a Renaissance church.

Elsewhere, sculpture is incorporated into an intimate display suggesting though not reproducing a studiolo , where the intention has been to respect the optimum viewing conditions for the appreciation of the sculptures while making clear the intellectual, as well as the physical, contexts in which such works operated. Here then are some possible ways of taking account of the shifts in scholarship and approach which I outlined earlier. But what remains central is the need to create conditions for close and sustained viewing. Just as there is a dialogic relationship between the texts about the history of art and those histories of art constructed through museum displays, so displays of sculpture within museum settings are, in various ways, a response to the manner in which sculpture was originally displayed.

Sometimes the original functions and contexts of sculpture are rejected or marginalised and sometimes, especially more recently, these earlier contexts are simulated or suggested. Whether writing about historical displays or creating new displays within the spaces of the museum, historians of sculpture necessarily engage with the complexities and ambiguities of de-contextualisation and re-contextualisation, whether on the page or in the gallery.

C. A. Martindale and Lorna Hardwick


McClellan, Inventing the Louvre , op. Volk ed. Baxandall, Limewood Sculptors , op. Though initially as a medievalist, he has written mainly about eighteenth-century sculpture. His catalogue, Fame and Friendship. Sommaire - Document suivant. Malcolm Baker. Plan Histories of collecting and the display of sculpture. Museology and the study of museum displays of sculpture. The functions and uses of sculpture in its settings.

Materiality, process and the making of sculpture. Responding to sculpture and its spaces. Conclusion: Curatorial choices and possibilities. Haut de page. This approach has given some unexpected insights into how the image has signified at various points throughout its life history, not only at the time of the restoration in the eighteenth century, but also 61 In turn, this last image reminds us how much the physical display context of any object contributes to the ongoing realization of its meaning.

For a useful theoretical discussion of the construction of meaning in the visual arts, see Holly On viewer response in antiquity, the work of Jas Elsner is fundamental. See for example the essays collected in Elsner Much of the discussion has served to contextualize the restoration of the sculpture in the late eighteenth century, focusing on Rome, where the restoration was exe- cuted, but also gesturing towards Britain, where the sculpture was eventually taken and displayed. Some of the contextual information provided applies to the eighteenth-century reception of classical sculpture in general — the preference for whole i.

Other relevant contexts are perhaps more unique to our Antinous—Ganymede — the allegorical portraits that were once again popular in this period and the Catholic worshipper imagery which saturated contemporary Rome. On another level, our gaze has been directed to other, seemingly unconnected areas of ancient art and thought, Greek and Roman themes which become more clearly delineated through a com- parison with their later manifestations. The unique characteristics of Roman alle- gorical portraits, for example, are thrown into relief when we compare them with eighteenth-century allegorical portraits; so it becomes significant in retrospect that in antiquity both male and female genders were considered equally suitable for this kind of representation meanwhile we wonder — perhaps for the first time — why none of our extant ancient portraits of Antinous show him in the guise of Ganymede?


Then there is the profound shift in religious imagery which our restored statue embodies: we might say that the classical gods have never seemed so tangible, so corporeal, as when seen from the perspective of Catholic worshipper imagery. Such insights into antiquity are particularly welcome given that we lack much contextual information for the Antinous statue in the Roman world: who commissioned it, for instance, or where and how it was originally displayed.

However, this article has shown that the notion of unmitigated return is a myth. This single case study thus gives a powerful hint of how far restorations might influence the later trajectories of classical sculptures and their subjects, as well as shining a light back onto the world of the classical antiquity. Hopefully, new explorations of other restored statues will deepen our knowledge and understanding of this process. I thank Robin Osborne and Caroline Vout for inviting me to take part in this panel. 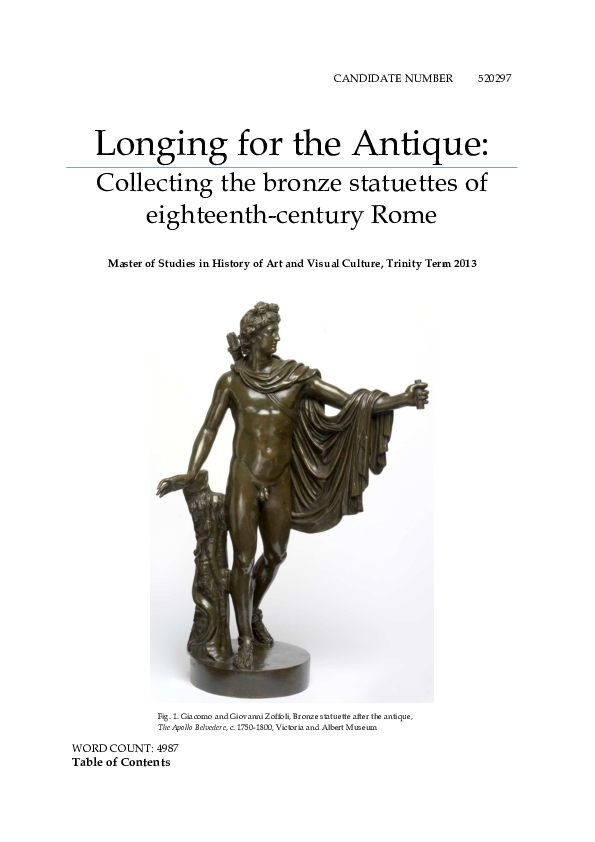 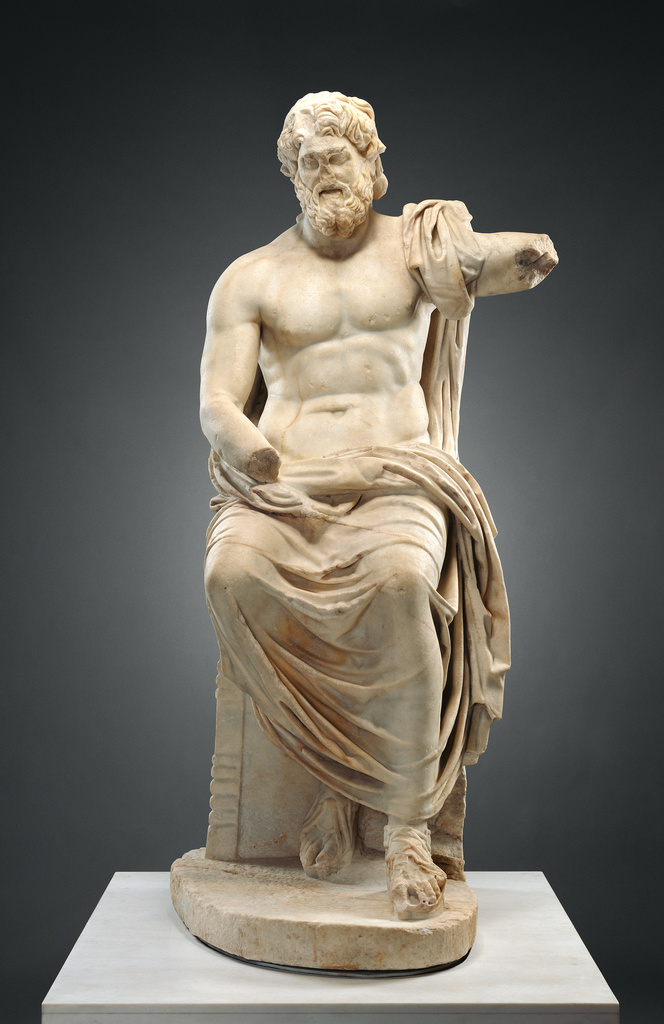